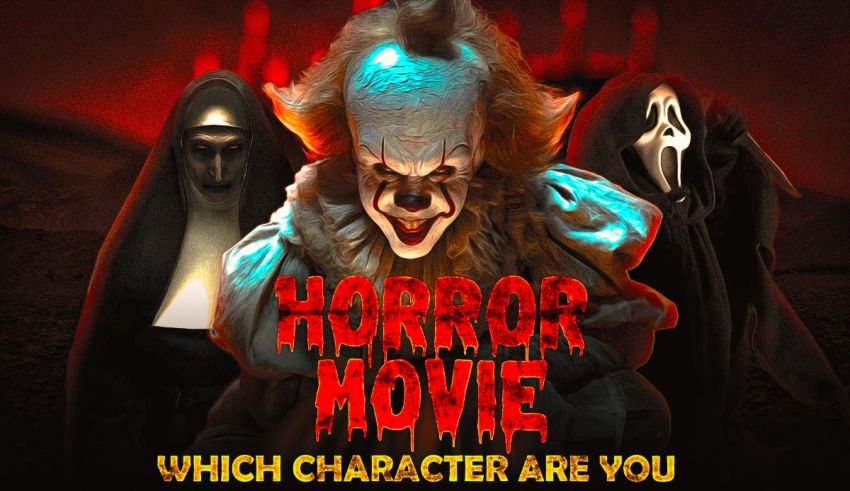 Do you wonder which horror movie character you are? This 2022 eerie quiz exposes you as a scary film villain.

A 20-question psychological test, the ‘horror movie character quiz’ uncovers the scariest villain that looks like you.

It compares your persona to that of murderers, demons, and creatures in slasher, paranormal, and witchcraft films.

To add to the fun, try Which Serial Killer Are You next.

It Is Based on the Scary Characters’ MBTI Type

For the first time in the history of chilling quizzes, you can find your menacing MBTI match.

The current test—powered by a database of personality types—compares your Myers-Briggs indicator with that of the world’s most notorious horror characters.

If you, for whatever reason, don’t have time for a ghostly quiz, use the following table to find your match.

Find Your Creepy Counterpart in the Scariest Films Ever

With the help of the Science of Scare Project—a group of researchers looking for the scariest movies—we now have the list of ultimate horror characters in 2022. (And you’re about to match one).

The list includes the villains of movies that increase your heartbeat (BPM) to above 100 per minute.

Based on recent data, The Demon from Host (2020), Bagul from Sinister (2012/2015), and Sixtass from Insidious (2010) are the most bloodcurdling monsters in contemporary films.

But the quiz includes even more evil spirits.

Get a Halloween Movie List That Matches Your Character

October encourages you to face your biggest fear, whether it’s confessing your love to your crush, jumping out of a plane, or facing forosophobia, the fear of taxes, and the creepy agents of the IRS.

But you also need to watch some spine-chilling movies. It’s a Halloween must, right?

The good news for lovers—and secretly haters—of scary films is that the quiz suggests the best playlist based on your matching character.

In other words, your results include a list of horror movies that you’d enjoy this spooky season. So, no more endless scrolling on Netflix to find perplexing thrillers, disgusting slashers, or even funny com-rom-zoms.

Choose a Halloween Costume Based on the Character You Are

Don’t you wonder what you should be this Halloween? Of course, you do. But look no further for creative ideas because you can be the horror movie character you match in this quiz.

Ditch the generic witch, fairy, rabbit thing. Pick a costume representing your actual dark core, the uncanny side of your persona.

By the way, the FNAF character quiz that went viral on TikTok is also a good inspiration source. Maybe you should be one of Freddy’s frightening animatronics.

Here’s How to Decide Which Horror Movie Character You Are

You know there’s no better way to find your scary villain counterpart than a personality test. But that’s not the only alternative.

Knowing the demonic characters of horror films might help you find your dark soulmate. (Use the following guides if that’s how you want to meet him).

Preferring rude victims over the well-mannered, Hannibal is probably the most intelligent horror movie character. He is a sadist, a psychopath to be exact, who slaughters the innocent and eats them. Yes, he’s a cannibal.

While most horror movie characters are eerily silent, Chucky is talkative. He loves being in the spotlight, retaining his sinister sense of humor while slashing the poor prey.

No Halloween passes by without them MFs dressed up as Leatherface. He’s a bloody murderer letting his chainsaw dance on the frightened bodies of his targets. Personality-wise, Leatherface is a violent sociopath who’s also nonverbal and mentally ill.

The list of terrifying horror movie villains can get as long as a Taylor Swift album tracklist. So, take the quiz to increase the chance of discovering your perfect match. It’s pretty challenging to find it on your own—just saying.

Ready for a Fearful Journey to Your Dark Side?

“20 questions” is all standing between you and your freaky horror character.

Put on your spooky mask, grab a kitchen knife, say Bloody Mary three times in the mirror, and tap “Start” to meet your scary twin.

QuizExpo does not own any images in the horror movie character quiz and intends no copyright infringement.

Due to the scary imagery and language of the test, user discretion is advised.