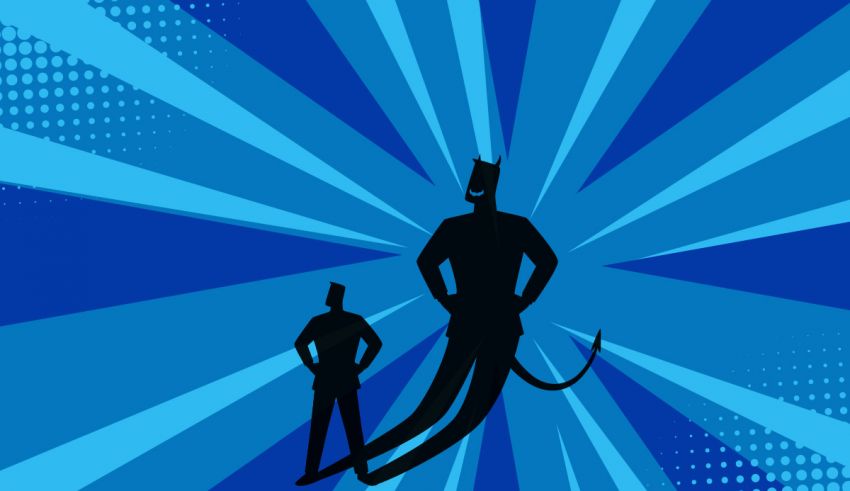 This Dark Core test examines how malicious and cruel you are. In this quiz, you answer 20 simple personality questions to discover if you have an evil side.

What Is the General Dark Factor of Personality and How to Measure It?

For those unfamiliar, the General Dark Factor of Personality is also called the D-Factor. It is the basic trait that all immoral and wicked people have in common. Clinicians assess nine well-known malevolent traits to measure them.

The quiz on this page tells a story. You wake up in the morning and follow the events in a first-person view. You have to choose the main character’s actions—as if it is your own life. You receive a personality analysis of your Dark Core after completing all the chapters.

Data shows that trait and behavioral breakdowns are the best methods for a Dark Core test. That is why you follow an everyday life of a fictional character throughout the questionary. It allows the algorithms to investigate your deeds as if you are living your normal life.

The Quiz Is According to Dr. Morten Moshagen’s Work

Although it evaluates your darkness via a fictional story, the test is still loyal to Dr. Morten and their team’s original test. They managed to prove that [almost] all malicious people have a shared root for their preferences, maximizing one’s utility. The questionary on this page, therefore, works according to the said theory.

Things to Know Before Taking the Dark Core Test

It is not the same as a Dark Triad quiz.

Dark Triad refers to the relationship between three main manipulative personalities, narcissism, psychopathy, and Machiavellianism. However, the D-Factor quiz examines all the possible traits of a harsh and spiteful person.

It measures your Light Core, too.

As the name suggests, the Light Core is the opposite of the Dark one. The quiz you are about to take assesses both. Of course, you cannot simultaneously have high levels of both sides. However, regular people have slightly dark traits—even though their primary core is light. Take the test to find out which side is dominant in your personality.

Another way to evaluate your Light Core is to take the Rice Purity Test. Only the most innocent people score 100 on the said questionary.

It assesses all the 9 dark factors.

Dr. Morten’s team suggested nine traits that create the utter layer of the D-Factor. People with one or more of the following conditions are more likely to have a strong Dark Core.

It is not a diagnosis.

The Dark Core is a theory. It is not a medical condition that you could be diagnosed with. The DSM-5, which is the primary source for mental disorder diagnosis, does not consider it a condition. So, none of the online tests should be considered as a diagnostic procedure. All the quizzes are only capable of identifying your maliciousness level regarding the D-Factor theory.

It NOT a psychopathy spectrum test.

QuizExpo has a specific Sociopath Test to evaluate your psychopathic behavior. However, the quiz on this page does not examine such mental illnesses.

Correlation of G-Factor and D-Factor

So, both G- and D-Factors are the common ground for people with similar conditions. One is used to assess others’ cleverness. And the other is used to show the shared traits among criminals and evil personalities.

Some signs indicate that you have an active D-Factor. So, if one of the following characteristics describes you, it is likely that you are a manipulative person.

Dr. Morten’s studies show that the Dark Core is “The general tendency to maximize one’s utility — disregarding, accepting, or malevolently provoking disutility for others —, accompanied by beliefs that serve as justifications.” So, if you feel like doing immoral things to gain a profit is fine, you are a malicious person.

Here is a simple question to reveal your ideology:

Would you cheat, lie, or break the laws to increase your benefit?

If yes, you have a Dark Core.

Sign #2: You Do Not Help Anyone Unless You Benefit from It

Malevolent people do not tend to help others—unless there is something in it. They refuse any support or aid as long as it is a voluntary act. However, they might become supportive and helpful as soon as there is a beneficial side.

Such people are the opposite when it comes to seeking help. They believe that others must lend a hand or assist them.

So, if agreeing with such ideology reflects the fact that you have a Dark Core.

“I am happy for you” is the last sentence you would hear from a person with an active D-Factor. That is because such people are self-centered. If you do not care for others’ feelings and do not feel good when something makes them happy, you are a dark person.

What if My Dark Core Test Was Positive?

Do not panic. The quiz does not mean anything special if your actions do not harm anyone. Studies show that most dark people are aware of their actions’ consequences. So, they tend to control their behavior in society or their relationships.

Scoring high on a Dark Core quiz is not a bad thing. However, you can seek professional help if you feel like being this way negatively affects your life. CBT or Cognitive Behavioral Therapy is the best method to embrace your Light Core—instead of the shady one.

The worst idea for a person with an active D-Factor is to embrace their malicious sides. That would lead to a manipulative and sociopathic life where your only goal is to maximize your advantage. And that means you will not have reliable relationships, healthy romantic life, or dependable social status.

Does it say how bad of a person I am?

The test does not give you a wickedness percentage. That is because no one could estimate how bad of a person you are. However, the results show how significant or insignificant your D-Factor is compared to an average human.

Can I take it instead of someone else?

The Dar Core test is most accurate when you answer the questions honestly and precisely. So, taking it instead of someone else is not a good idea—as you cannot predict how their brain works.

How accurate are the results?

The accuracy of the quiz depends on the honesty of your responses. If you lie or choose an option that you do not believe to be true, the results will not be exact.

How does it differ from the original quiz?

The original questionary asks you to show agreement or disagreement with several statements. However, the QuizExpo’s exam is presented in the form of a story. You have to make decisions as you are the protagonist of the fictional story.

Another difference is the results. By the end of the current quiz, you get a personality analysis of your Dark or Light Core. However, the initial test of Dr. Morten only gives you a percentage of your D-Factor.

What if I retake the test?

It is okay to retake the Dark Core test anytime you wish. However, taking it once in a while could show your progress. If your D-Factor is decreasing (without manipulating the test), you are successfully self-developing.

The results of the quiz on this page are not diagnostic. The only purpose of the questionary is to entertain the users.