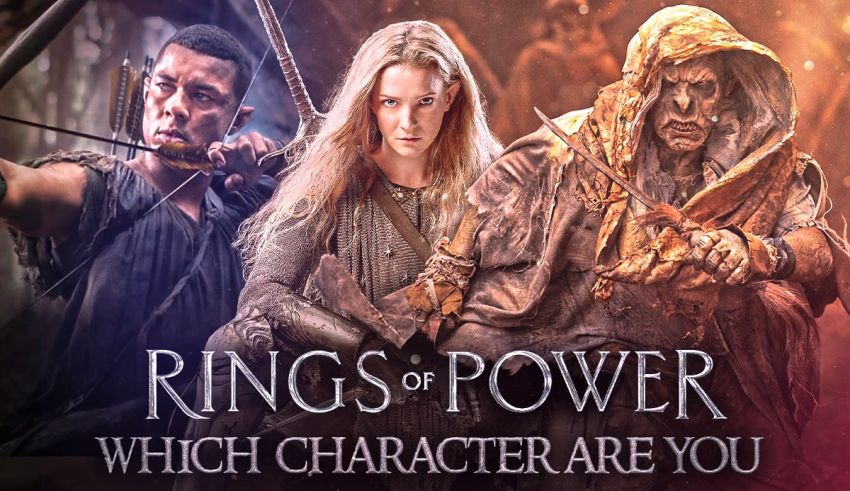 This personality quiz discovers which the Rings of Power character you are. Are you Galadriel, Arondir, Halbrand, or else?

It’s a 20-question test to reveal which of the TROP characters is similar to you.

The Rings of Power is Amazon Prime’s adaptation of Tolkien’s Lord of the Rings and explores the second age in Middle-Earth.

There are currently over 18 characters in the show. And the quiz helps you discover the one resembling your personality.

Find Out Your TROP Character with an MBTI Test

Mayer-Briggs Type Indicator is the most reliable method to compare your personality with the fictional characters of the Rings of Power.

Our quiz exposes your MBTI through psychological questions with a Lord of the Rings theme. Then, it compares your type with that of the show’s cast to unveil the perfect match.

Note that all other quizzes are interest-based. They suggest similar characters based on your likes and dislikes, which is an inaccurate process.

The following is a table of the primary characters’ personality types.

The TROP character quiz covers both original and canon personalities.

Aside from canon characters like Galadriel and Elrond, Amazon’s the Rings of Power introduces a handful of non-canon characters: Arondir, Bronwyn, Disa, Halbrand, Elanor, and Theo, to name a few.

How to Know Which the Rings of Power Character You Are?

Reading the Rings of Power’s character descriptions helps you find your counterpart in Middle-Earth.

Unlike Peter Jackson’s version, Galadriel’s personality in the Rings of Power is not fully molded. She’s strong, independent, and brave. But the young Galadriel is also stubborn and vengeful.

A newly introduced Elf, Arondir is watchful, protective, and thinking. As an ISTJ, he’s also introverted and judging, making him an excellent watchman.

Another non-canon character in TROP, Elanor is adventurous, inquisitive, resolute, and curious.

Not much is known about Halbrand’s personality. He’s a secretive and mysterious character whose sarcastic remarks bare important messages.

The Rings of Power character quiz is able to distinguish good from evil. So, your responses might lead to matching a monstrous creature or a heartless human.

In the lands of Middle-Earth, where darkness creeps in silence, not every creature is good. Some are as evil as Sauron himself. And you, my friend, might be one of them.

Take the Quiz to Meet Your Middle-Earth Match

Hardcore LOTR fans might be like, “Which character am I?” after watching the first few episodes of the new spin-off.

The good news is that you already have the answer: take the TROP character quiz to see which Hobbit, Elf, or Human looks like you.

Amazon Prime owns the images in the Rings of Power Quiz, and QuizExpo intends no copyright infringement.