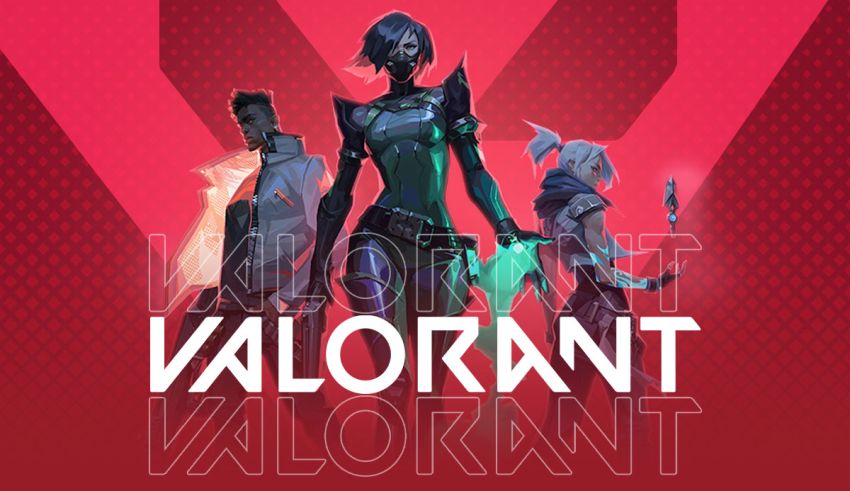 The Valorant quiz knows which agent you are. Answer 20 playstyle questions to discover your matching character. Are you Jett, Phoenix, Viper, Killjoy, or else?

The Valorant Quiz Reveals Which Agent You Are

A 20-questions personality analyzer, the Valorant quiz exposes which agent you are. Its premise is to create your accurate profile, matching it to that of the game characters.

For those unfamiliar, Valorant is an online first-person shooter developed by Riot Games, the same company behind League of Legends and Legends of Runeterra.

As of now, the game has 18 agents or playable characters. And the quiz finds the one matching you.

Find out which character is similar to you.

The quiz identifies what kind of gamer you are. Then it compares your profile to the game’s characters, picking the most similar one.

Unlike many online shooters like Fortnite, the agents in VALORANT have distinctive personalities, which complicates finding your matching character. So, it’s not like choosing one you relate to.

Learn about your origin story as a Valorant agent.

Your results include a brief recap of your lore.

Valorant agents are often compared with Apex Legends characters. Both games care about the heroes’ origin stories and release cinematic animations covering the backstories. But personality-wise, Valorant characters are pretty distinctive; they are not as gloomy as Apex’s Legends.

Classic shooter games spent little to no time on character development. But thanks to games like Overwatch or Apex Legends, developers are less likely to come up with empty-soul, dull, voiceless playable characters.

Discover your role in the game.

An important gameplay question comes before which agent you are: what is your role? VALORANT has four classes (or roles as called in the game). You could be either a Duelist, Initiator, Controller, or Sentinel.

The good news is that the Valorant quiz can identify your classification based on your personality.

Personality-wise, Duelist agents in Valorant are risk-takers who prefer actions over words. Duelists are often aggressive and careless, as their role indicates.

Strategic and patient, Initiators are levelheaded agents who think before acting.

As the title suggests, Controllers regulate match dynamics. But that affects their personalities negatively. Most of them are toxic.

Agents with the Sentinel role are supportive and caring while confident in their capabilities.

See which agent you should unlock.

Some gamers ask “Which VALORATN character am I?” because they don’t know who to pick. But a perk of taking a quiz is that it helps you make up your mind and unlock agents you’d enjoy playing with.

Of course, the best way to decide on your main agent is by considering your playstyle. But you’d have no problem letting an online test pick that for you if you’re a versatile player.

Get a free personality analysis based on your Omega Earth self.

Ω-Earth or Mirror Earth in the Valorant universe is home to interesting characters. But the quiz uses your matching character’s mirror self to analyze your personality IRL. Yes, it might sound confusing but just wait to see the results—it’ll make sense.

This is the First MBTI-Based Valorant Quiz

You may have never heard it before, but all the agents in Valorant have distinctive MBTIs. In other words, their personalities have been classified into known groups.

The current Valorant quiz uses the same typology and analysis to find your perfect match. The following table is an excerpt of top agents’ personality types.

How to Know Which Agent You Are

One way to find your Valorant character is by learning more about each agent’s personality. The game’s official fandom, VALORANT WIKI, is an excellent place to start as it has a database of all of them.

The following are character descriptions for some of the game’s main heroes.

Despite being one of the most popular agents, Jett’s personality is rather childish and passive-aggressive. She likes to rub her victory in the enemies’ faces and use her sarcasm as a means of emotional abuse.

Overconfident and impatient, Phoenix is a true troublemaker. He doesn’t like strategies and falls for danger head first no matter what. He has an extroverted personality. And just like any ESFP, Phoenix is spontaneous, resourceful, and outgoing.

A natural leader, Brimstone is a supportive, dad-like figure who cares about his soldiers—or agents, if your will. As an ESTJ, he’s confident in being in charge and is quick to acknowledge his responsibilities. But Brimstone is also an avid traditionalist with a knack for finding the most straightforward way to deal with a problem.

Although new to the arena, Killjoy is currently one of the main agents in the game. (Her pick rate is 31.6%). However, personality-wise, she is a geeky girl who’s confident in her talent. As one of the smartest agents in the VALORANT universe, Killjoy often asks her friends to trust her intelligence—and leave the overthinking part to her.

Despite being a villain-ish and toxic character, many fans would pick Viper when asked, “Which Valorant character are you?” That’s because she is a respectable agent in that she’d never show mercy on her enemies. With a pick rate of 28.3%, Viper has proved to be a beloved personality regardless of her nature.

It’s not easy to pick the one who’s just like you out of 18 agents. So, why don’t you give the quiz a try? It reveals your matching personality with accuracy. And it only takes a few minutes.

You are all set to find out which VALORANT agent you are. Remember, there are no right or wrong answers. So, go with the options that make the most sense to you. That’s all it takes to find your counterpart character.

QuizExpo does not own any of the images in the VALORANT quiz. Riot Games owns the said pictures, and no copyright infringement was intended.