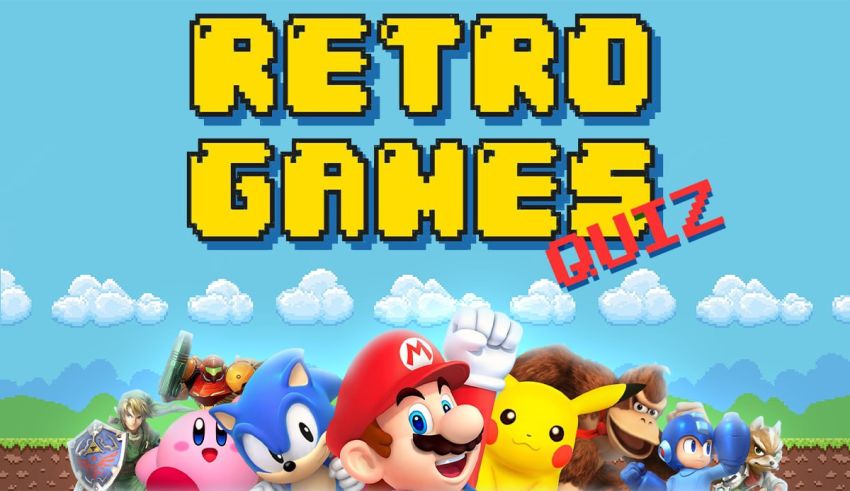 The Retro Games Quiz is a 20-question trivia test that tries your retrogaming knowledge. It reveals how well you know the 80s and 90s video games.

Retro games are classic titles of first- to fourth-generation gaming consoles (that is, video games released from 1987 to 1993).

The current test quizzes your knowledge of the topic with three types of questions:

The history of old-school games is fascinating. It started as early as 1948 when a computer code was written for a missile launch simulator.

But how well do you know the retrogaming timeline? Take the test to find out.

Did you know that retro games had no boss fights until 1979? (Peaceful days). Well, that’s just one example of shocking trivia. How many more do YOU know about? The quiz results will tell.

Can you guess a retro game by only one frame of gameplay? If yes, let’s see your talent. The quiz has several picture questions to challenge you.

🏆 Another challenge for you: Guess the Anime Character by Picture.

How Difficult is the Retro Game Trivia?

While an average retrogaming fan would do well on the test, newbies would find it difficult. Why? The questions gradually become more challenging, making it almost impossible to get a perfect score.

🤫 Psst! Looking for new retro games? Try “What Game Should I Play?”

Get Your Retrogaming Knowledge Scored

One thing about the Retro Games Quiz is that it’s brutally honest. It gives you one score for each correct answer, categorizing you into one of these leaderboard-inspired groups.

Having five or fewer correct answers means you don’t know much about retro games—you’re a newcomer.

While a six to ten score is impressive, it’s not enough to get you a title. It only indicates you’re an old gamer, a retired one.

Modern game fans rarely score as high as fifteen. But it’s the sweet spot for average retro gamers—most end up in this category.

Only genius expert-level gamers get sixteen points or more. It’s a clear sign of being a certified retrogaming guru.

By the way, are you into gaming trivia tests? If yes, try beating our Ultimate Roblox Quiz. (We’re 100% sure you’ll fail).

How Well Do You Know Old School Games? Let’s See!

Are you ready to assess your knowledge? The retrogaming questions await you. Hit the start button and beat ‘em up. (See what I did there?).

QuizExpo does not own the images in the Retro Games Quiz and intends no copyright infringement.