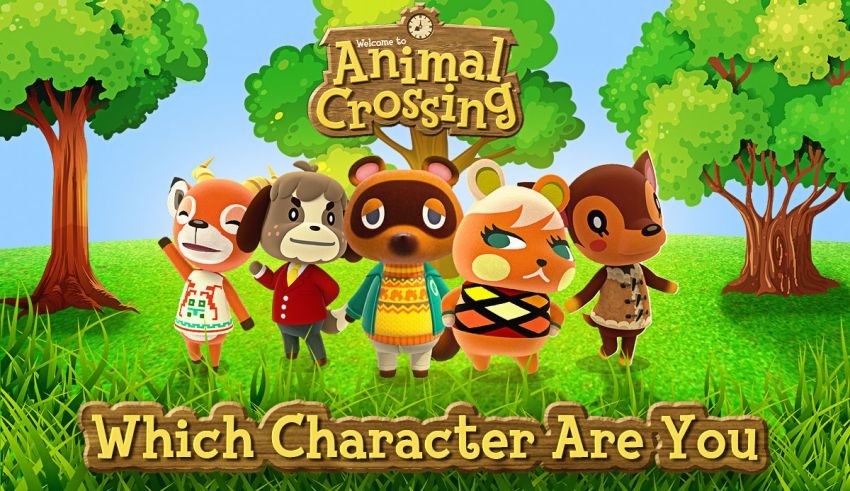 Don’t you wonder which Animal Crossing character you are? This quiz matches your personality to that of the 397 characters to reveal the most similar one.

It’s a 20-question personality quiz to reveal which Animal Crossing character you look like. The test asks you about your preferences, habits, and even your appearance before deciding on your perfect match.

Like the Roblox Adopt Me! Quiz, the premise is to answer questions like, “Which character are you?” However, this particular questionnaire is based on the 8 personality types of the actual Animal Crossing villagers.

Find out which villager you are.

We have a database of the game’s most popular (and somewhat unpopular) animals. Your responses enable us to create your accurate profile and compare it to that of the villagers. Therefore, you are guaranteed to meet your counterpart in no time—with ridiculously high accuracy.

Discover your rarity as an Animal Crossing character.

Not all villagers will show up on your island. In fact, some animals are so rare that the chances of meeting them are less than 1%.

But the cool thing about the Animal Crossing Quiz is that it exposes how rare YOU would be if you lived among other villagers. We have already created a rarity test for your human persona. But no one has ever done one for your villager persona—except for us.

See if you are a special character.

We’ve all been waiting for that one special visitor to our islands—and have probably dreamed of having them as permanent residents. But what if you, yourself, were a special Animal Crossing character? The quiz identifies how likely it would be for you to be a rare animal had you lived in Nintendo’s fictional cute world.

Learn more about your style as a villager.

Not all villagers are stylish. Think Jocks and Lazy ones. But what about you? Would you be a fashionista who wears iconic Animal Crossing clothing, or would you prefer a casual style? The good news is that the quiz can also assess your taste in fashion and reveal your aesthetics accordingly.

Based on the 8 Animal Crossing Personality Types

Unlike many other popular games such as Minecraft, Animal Crossing characters have actual personas. Your villager self might be a grumpy, bad-tempered character or maybe an energetic, fun-loving one. And that’s what makes this game a unique experience.

We wanted to create a quiz that passes the same vibes and values the in-game personalities. So, we analyzed all eight personas, added them to our database, and made it possible for you to find your soulmate accordingly.

Here’s a list of all Animal Crossing personalities and what they mean.

Villagers are also known as sweets. They are friendly and levelheaded and often enjoy simple activities such as reading or cooking.

Characters who love sports and are often athletic themselves.

Relaxed, laid-back, and easygoing villagers who have a chilled and slow lifestyle.

Somewhat arrogant, egotistical, and sophisticated characters who can be gentlemanly or flirtatious.

As of New Horizons’ latest updates, Snooty villagers are stereotypical housewives who can be self-centric every now and then.

Described as bitter, rude, and stubborn, cranky villagers are grumpy animals who often complain about the Island and make sarcastic comments.

They are overly excited but often super-energetic characters who are easy to befriend and hang out with.

Some describe these animals as the female version of cranky characters. They are rude, easily offended, and stubborn tomboys with a protective side deep inside.

The Most Popular Animal Crossing Villager That You Might Match

Cats often dominate the lists of most popular Animal Crossing characters. But other villagers are equally beloved—and gamers would love to match them in personality tests.

So, these are some of the animals that would leave you smiling when in your results.

As a big sister, Cherry seems to be rude. But as you talk to her, she opens up and shows her caring side as well. Like most other sisterly villagers, Cherry is tomboyish and tough. But you can rely on your friendship with her, thanks to her loyal nature.

His cute appearance is enough to make every player go, “Awe.” But Stitches’ personality makes him even lovelier. As a lazy character, he enjoys his slow lifestyle and doesn’t want to be bothered by life’s stress. But fans go crazy when this little cub pops up on their Island—or in their personality test result.

As a subtly rude cat, Ankha is a snooty villager who enjoys wearing heavy makeup and gossiping behind others’ backs. However, as with most other cats, she has a warm and friendly side hidden behind her mean comments. But regardless, fans love her accent, unique appearance, and cute punchlines.

Raymond is definitely a fan-favorite animal thanks to his adorable appearance and gentleman-ish nature.

And many gamers pick Raymond when they are asked, “Which Animal Crossing character are you?” Though, he might sometimes piss you off with his arrogant comments. So, you might want to be prepared.

Hey, Animal Crossing has over 300 characters (397 to be exact). So, you would never know which one you’ll match. But taking our genuine personality quiz is your best bet for finding your perfect match in no time.

Ready to Meet Your Dreamies? Take the Test Now

You are one step away from discovering your soulmate villager in the entire Animal Crossing universe. All you have to do is answer twenty entertaining questions to get accurate results. We’ll be waiting for you on the other side of the Island. So, don’t be late.

QuizExpo does not own any of the Animal Crossing character quiz images. Nintendo EPD owns the rights to all the pictures, and no copyright infringement is intended.