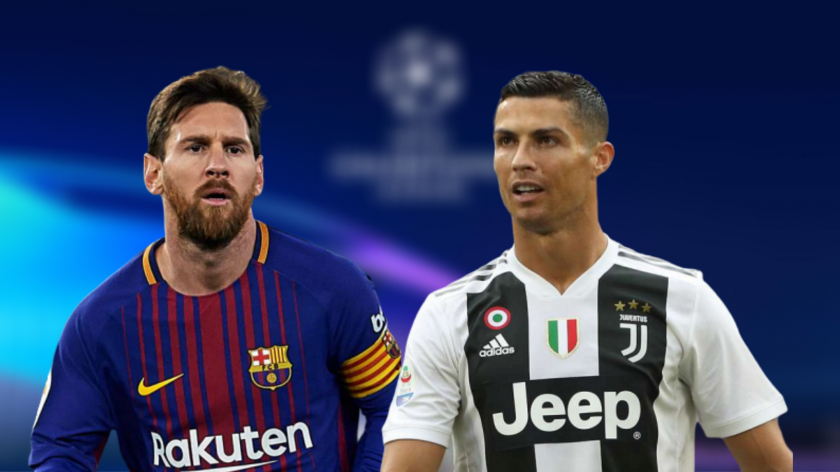 Are you a fan of Messi or Ronaldo? Which one of them has won more awards and which one of them is better? Can you pass this quiz as a fan of them? Challenge yourself by answering these 12 questions.

We want to talk about the famous football players Cristiano Ronaldo and Lionel Messi. All people of all ages know these players, and they are good role models for football beginners. They have their own unique abilities that amaze their fans.

He was born on 5 February 1985 in Madeira, Portugal, his father was Jose Dinis Aveiro, and his mother is Maria Dolores dos Santos Aveiro. In 1995, when Ronaldo was at age 10 begins football by joining his hometown football team”Nacional” and after a good showing for them, joined one of Portugal’s biggest clubs, “Sporting CP.”

So overall Ronaldo has scored 539 goals in his career so far. Cristiano Ronaldo received many awards such as the Ballon d’Or award in 2008, the FIFA World Player of the Year Award in 2013. Cristiano Ronaldo is the highest scorer in the history of Real Madrid with 338 goals and is the most top ever goalscorer in the UEFA Champions League with 89 career goals to date.

He was born in 1987 , in Santa Fe Province, Argentine. Messi started his football at the age of five with his father coaching in the Grandoli team. Unfortunately, at age 11, doctors diagnosed him with growth hormone deficiency disease. At this point, FC Barcelona’s sports director Carles Rexach said that if he comes to Spain and joins the Barcelona team, he will pay all his medical expenses.Messi was only 13 years old when he made his debut in FC Barcelona. When he was 16, Messi made his first appearance for Barcelona on May 1, 2005.

Ronaldo won two ” The Best” awards, while Messi hasn’t won yet. Ronaldo also received 6 ‘Pichichi’ awards from the Champions League while Messi received two. Even he has won the award for best player in Europe by UEFA, one more time than Messi. However, Messi has five gold shoes, and Ronaldo has 4.

Messi has 4 Champions League titles and nine league title, but Ronaldo has 5. In matches they’ve both won, Messi has the privilege over Ronaldo. In 2008, Messi won the gold medal at the Olympic Games in Beijing and won the first place at the 2014 FIFA World Cup and lost to Germany in the final.