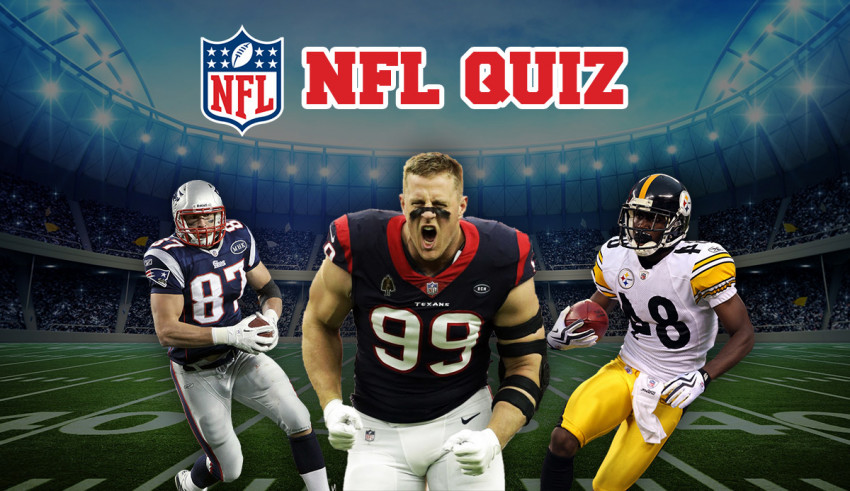 This is the Ultimate NFL Quiz with different level trivia questions (Hard & Easy) about teams, players, and logos. Just real fans can score more than 80%.

If you ask people in the US what their favorite sport is, you will probably hear the name of football a lot. People in some states live with football and their heartbeats for their favorite team. For example, football is one of the most important things in Notre Dame. Everyone in Notre Dame knows about the famous football team, Fighting Irish, and so far made some films about Notre Dame football. Nowadays, watching sports is one of the hubbies that amuse people around the world. Playing this NFL quiz can be amazing, too. Invite your friends and challenge them to this quiz.

Some people have been following NFL consistently for many years and people who don’t miss anything in this league. Or, if you claim to be an NFL expert, it is recommended for you to do the NFL quiz. No matter which team you support, this is a way just for challenging your information. So if you want to increase your knowledge about the “National Football League (NFL),” beside an exciting entertainment, play the NFL quiz. You can share your quiz results on social media to show your friends how much information you have about the NFL.

The American Professional Football Federation (APFA) was founded in 1920, and in 1922 its name was changed to the National Football League. American football is played at various levels in the United States, most notably the College League (Universities) and the Professional Football League (NFL). It has many fans all over the world. It has the highest average attendance (approximately 67,591) compared to other sports around the globe. The NFL Championships are held each year periodically at two meetings of the American Football Conference (AFC) and the National Football Conference (NFC) and each in four regions of the US. Thirty-two teams currently run it. American NFL teams even compete at Wembley Stadium in London.

National Football League (NFL), a major U.S. professional football gridiron league, founded as the American Professional Football Association in 1920 in Canton, Ohio. The first president was Jim Thorpe, a distinguished American athlete who was also a league member. The current name was established in the year 1922. The NFL faced years of instability and pressure from rival organizations to become the largest professional football league in the United States.

One of the strange events that happened in NFL history is during world war II. Most players went to the military. For that reason, the Philadelphia Eagles and Pittsburgh Steelers teams had to combine to form the Steagles team in 1943, due to the lack of players. Chuck Hughes, one of the stars of NFL, death on the field was also a rare occurrence, that was in everyone’s mind. Statistics show that bankruptcy is the fate of most NFL players after retirement within three years.