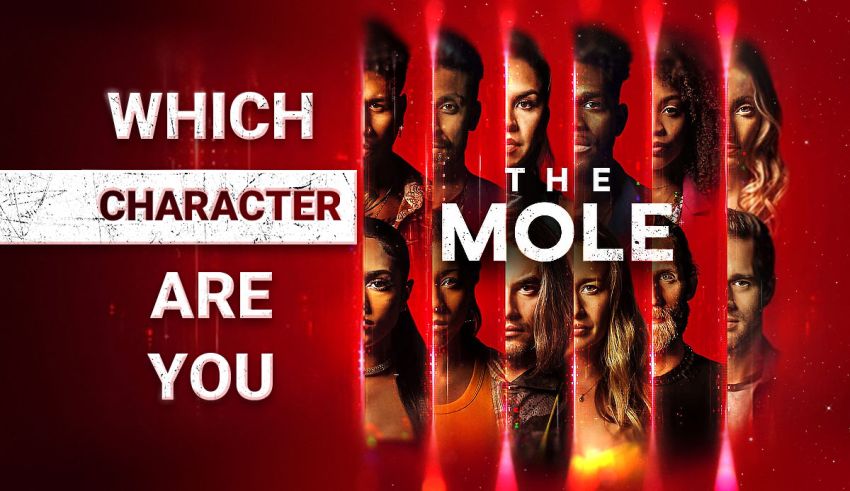 The Mole Quiz reveals which of the contestants you are. It’s the season 6 updated character match! Are you Dom, Pranav, Casey, Greg, Will, Joi, or else?

It’s a 20-question test to expose your lookalike in The Mole. The quiz compares your personality to the contestants, revealing the one with the same characteristics as you.

The Mole is a Netflix competition series about 12 strangers competing for cash prizes. But the catch is that one of them is a double agent (a mole) that will sabotage the game unless others expose him or her.

Many describe the show as Squid Game in real life. But although the concepts are similar, The Mole is a family-friendly, non-violent reality show.

Which Contestant Are You?

Upon the show’s revival after fourteen years, fans are curious to know which character is similar to them. And the best way to find out is by taking the Mole Quiz, a series of psychological questions inspired by the show’s missions.

You can also head to Netflix’s website to read the players’ dossiers to find your counterpart.

How to Know Which the Mole Character You Are?

You must compare your personality with that of the show’s cast.

The Mole is a unique game show in which the players’ personas—their decisions, reactions, and conversations—affect the events. So, to discover your contestant match, you must study their behaviors first.

The following descriptions can help with that.

A heavy machine operator, Dom is friendly, soft, and nerdy. However, he looks athletic, well-built, and tough on the outside.

Dom is one of the few players who prioritizes collecting money in the pot, indicating he’s a team worker able to see the bigger picture.

Intelligent, quick-thinking, and charismatic, Pranav has the personality of a leader. He plays a significant role in decision-making and does not hesitate to take charge.

Casey has a nice, caring, and cautious personality. She’s often the voice of the reason in her team and encourages everyone to play it safe—no matter how much money is on the line.

Personality-wise, Avori is sassy, confident, and competitive. As a professional gamer, she is also good at problem-solving and playing mind games under pressure.

By taking the test, you can see which of the twelve players is your perfect match.

Could You Be the Mole?

The show’s premise is to put money in the pot and spot the snoop. So, had you been one of the characters, would you be the money chaser or the mole? The quiz might have the answer.

While the Mole Quiz is spoiler-free, its results speculate how suspicious you could be as a player.

We dare you to hit the start button and play the game.

Netflix owns the images in the Mole Quiz, and QuizExpo does not intend copyright infringement.