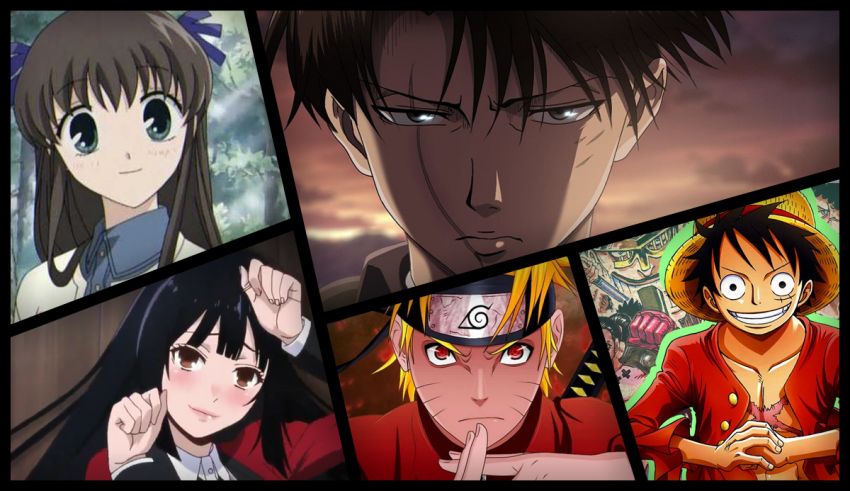 This 100% newbie-friendly quiz is for those asking what anime should I watch. Answer 20 questions, discover your manga-ish personality and get recommendations accordingly.

This test is designed to help the community newbies. Here’s how it works.

Did you know that anime fans are categorized? Some are Weebs; others might be shippers and/or normies. QuizExpo’s What Anime Should I Watch quiz exposes your character. So, by the end of the test, you know what kind of a fan you are.

It’s hard to find the anime you love based on what others suggest. So, you’re better off without them. Our recommendation quiz works differently. It recommends a list of series that you might like—regarding YOUR personality. So, you don’t have to watch what others want you to. Instead, you get to stream shows that match your type.

You won’t end up with one recommendation. There’s always a fair chance that you have already watched some of the top series. So, the What Anime Should I Watch quiz provides you with 10+ suggestions. The chances are high that you’ll finally end up finding your dream show on this page!

What Anime Should I Watch | Everything to Know in Advance

The test is meant to help newbies. So, it’s best to take it if you’re new to the industry. It’s an excellent way to get rid of long anime recommendation lists. Such lists only suggest the mainstream shows. But this quiz is the opposite. You get to find shows that are likely to interest you—and not the mainstream fans.

The questions of the What Anime Should I Watch quiz are simple. You answer 20 personality- and fandom-oriented questions. Then, the algorithms analyze your responses to identify the right category for you. There’s no ‘right’ or ‘wrong’ answer. You only need to select the option that makes more sense to you.

The results of the What Anime Should I Watch quiz have two parts. The first section describes your anime universe personality. So, you find out what type of series might excite you the most. The second half of the results is the “ANIME SUGGESTION” part. Here, you find a list of 10+ series that suit your taste.

You can also share the results with your friends—in case they need some recommendations.

4. What to do after taking the quiz?

The next step is starting binge-watching the shows. (Just kidding). If you’re a newbie, the next step is to find a proper streaming platform. Hulu has lots of Japanese animation series. However, it’s not accessible worldwide. So, you better find a platform like GoGoAnime, which is globally available. You can check out a list of top anime streaming services in case you’re a picky fan.

No, not at all. Every anime lover is eligible to take the What Anime Should I Watch quiz. The questions are easy-to-understand. And the results contain no humiliation. So, you will NOT end up being called a “Weeaboo,” “Baka,” or a “Closet Weeaboo.”

6. Can a Weeb take the recommendation quiz, too?

Yes, they can. Although the Best Anime to Watch quiz works best for newbies, Weebs can enjoy it as well. The results contain 10+ suggestions for each category. So, it’s likely that more advanced fans will find something new to binge-watch, too.

Other Ways to Get Anime Recommendations

You don’t have to take the Best Anime to Watch quiz. There are other ways to get recommendations from expert fans. Below, you find three tools to create your playlist.

It is a website for all the Weebs. It has everything a fan could wish for—news, blogs, forums, etc. However, the best thing about it is the fan-generated anime lists. Users can create inventories of suggestions. Plus, the website’s homepage contains categories like “Top Airing,” “Most Popular Shows,” “Latest Reviews,” and “Lates Recommendations.” So, it’s a gem for newbies who want to become a part of the community.

Joining a meme subreddit is an excellent idea. That’s because you benefit from two things: 1) you laugh your ass off, and 2) you find out what series are trending. People won’t make memes about a TV show unless it is popular and binge-worthy. Think about all the SpongeBob memes. There’s a reason why social media loves them—the show is great.

So, if you join such subreddits, you’ll get to know what’s poppin’ in the Japanophilia communities.

The best subreddits to start with are Anime_IRL, Anime Gifs, and Animeme.

As the name suggests, trackers help you with what’s going on with your favorite shows. “Is the new season out?” “What are the trending shows right now?” “What anime should I watch after watching?”

These are some of the questions that a tracker answers. So, find one, and keep track of everything—just like a real Weeb. It’s guaranteed that you will discover lots of binge-worthy stuff on your tracker. That’s because they have “suggestion” and “recommendation” sections to lend a hand with selecting the shows.

Anilist is a nice tracker to start your journey with.

Want More Anime Quizzes? Here’s How to Find Some

QuizExpo is home to hundreds of fun quizzes for Weebs. Would you like to find out what Bender are you? What about which Naruto character are you? We have a quiz to answer all that.

However, the most popular Weeb test on QuizExpo is an Amazing Anime Quiz for Real Fans. Fun fact, just %33 participants can pass it. So, it’s time to show who’s the boss around.