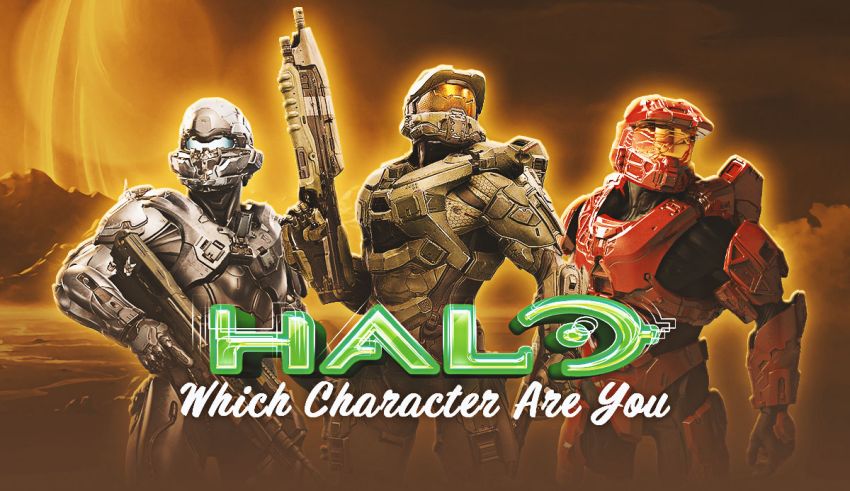 This fun personality quiz helps you find out which Halo character you are. Is your character a Spartan or Covenant? Are you Master Chief, Kai, Vannak, or else?

It’s an analytical test discovering which Halo video game or TV show personality is similar to you. However, it also provides you with additional pieces of info, such as your occupation, rank, or affiliation.

Unlike some other video game quizzes, this one includes both original and new characters—and is loyal to both timelines.

Find out which Halo character you are.

We have created a database of all Spartans as well as other main characters. By taking the test, you allow us to make yours, too. The algorithms then will look for similarities and generate your perfect match accordingly.

Discover more details about your counterpart.

Most Halo character quizzes offer a simple match. However, our test includes valuable insights into your character and shares interesting details.

Spartans in the Halo franchise have various UNSC military ranks. And your responses and decision-making style enable us to expose your possible position.

Halo takes place in various worlds and planets. But we can identify which one you belong to based on your preferences.

Not everyone works for UNSC in Halo. So, your choices can also uncover who you’d work with if you lived in the game’s universe.

If you match a particular super-soldier, you also find out your unique number. For example, Riz’s tag is 028, while Kai’s number is 125.

Get a free personality analysis.

It’s enjoyable to know which Halo character you are. But what about your own persona? What makes you match someone like Master Chief? These are questions that our quiz answers as well. We can analyze your own character and reveal why a particular Spartan or Covenant shares the same qualities with you. (No other test currently offers that).

Based on Halo Games and TV Show Characters

As pointed out on ScreenRant, “Paramount’s Halo series stuck close to the game’s characters in many ways, however, there are notable character changes that are extremely obvious.” So, our editorial team decided to include both timelines and descriptions to create a wide-ranging test for all fans.

You might match characters solely present in the 2022 TV show or those who debuted in the video game franchise and didn’t make it into the series.

How to Know Which Spartan You Are?

The challenging thing about discovering your Spartan match is that little to none is known about most of them. The UNSC super-soldiers have secretive backgrounds, and their hormone pellet prohibits them from having strong emotions, which turns them into rather dull characters.

But you can read the following descriptions of three of the main soldiers to see if you relate to any.

Some go as far as saying that Master Chief is a sociopath. But that’s not true at all. His emotions are suppressed because of the pellet in his body. And he’s actually a kind and caring commander.

As a Spartan and Gifted One, Master Chief’s personality can be described as goal-oriented, determined and professional. However, as a friend, he’s caring and loyal.

If you ask fans, “Which Halo character are you?” a majority of them would pick Master Chief over everyone else. It’s because he’s a reliable, strong leader capable of changing millions of people’s faith.

Before removing her pellet, Kai is known as a dutiful super-soldier focused on the orders she receives. However, after the pellet removal, she begins expressing her emotions and shows a more humane side.

Kai-125’s personality can be described as protective and devoted. She goes out of her way to protect Master Chief and is always there for her friends no matter what.

She’s focused and professional. Riz is one of the most unfailing UNSC soldiers that has shown to be strongminded regardless of the situation’s intensity. Her personality can be described as serious, attentive, and obedient.

The Halo franchise has lots of interesting human and non-human personalities. Think Cortana or Dr. Catherine Halsey. So, you might not necessarily have to match a super-soldier. Taking a genuine quiz like the one on this page would allow you to explore all the possibilities.

Halo Character Quiz Has a Twist: You Might Match Villains

Are you sure that you’d be on the good guys’ team? Because we doubt that. There’s a noticeable chance of matching a Covenant or Arbiter as well as other villains of the franchise. It all depends on your decisions and persona.

Why It’s Cool to Know Which Halo Character You Are

Despite having mysterious personalities, most Halo Spartans are interesting people. Knowing which one you represent in real life could help you relate to the lore and find your way into the fandom. Most super-fans already know which character they are. And it allows them to have a deeper experience when playing the games or watching the new TV series.

The good news is that you can join the thousands of Halo fans and meet your inner soldier right now.

QuizExpo does not own any of the images used in the Halo Character Quiz. Paramount+ owns all the said pictures, and no copyright infringement is intended.