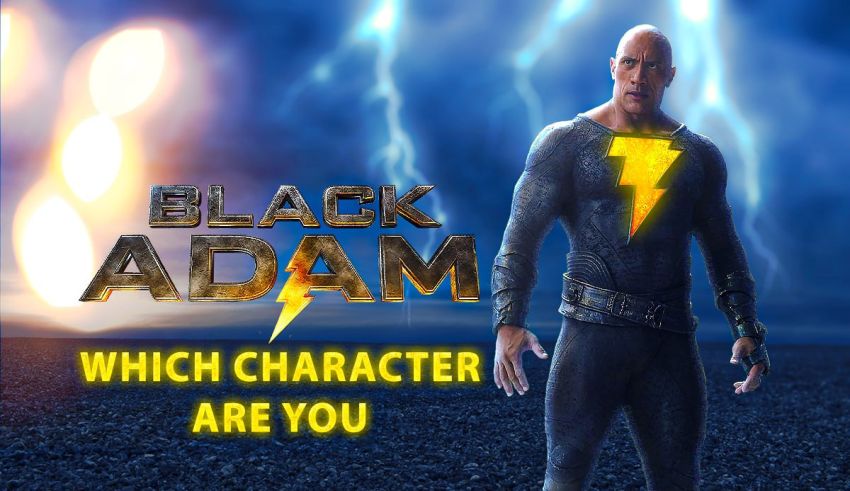 Hey, which Black Adam character are you? This DCEU quiz reveals if you’re Hawkman, Cyclone, Atom, Dr. Fate, or Teth-Adam himself.

A 20-question MBTI comparison, the Black Adam Quiz finds your match in the DC’s 2022 film of the same title.

Black Adam, also known as Teth-Adam, is a DC villain, carrying the power of Shazam. The movie explores his origin story and resurrection, as well as clashing the Justice Society of America.

With the current test, however, you get to find out which DC superheroes or antagonists in the movie looks like you.

Which Black Adam Character Are You?

You resemble the character that shares the same—or the most similar—MBTI type as you.

Use the following table and guides to find your match.

Despite his confidence and leadership skills, Hawkman is a level-headed, considerate superhero with a soft side.

Wise, reliable, and intuitive, Doctor Fate (Kent Nelson) is a fatherly figure for the JSA’s young members. He is calm, tactful, and intelligent in dealing with the antagonist, making him an inspiring mentor.

As Maxine Hunkel, Cyclone is a rather shy, insecure, but nice girl. But her superhero persona is independent, clever, and pragmatic.

The current test includes all the main characters, offering an accurate comparison for the best results.

There are unbelievable cameos in Black Adam (2022). Take the post-credit one, for example. For the very same reason, the film’s character quiz involves an extensive database of DC character profiles.

Yes, Teth-Adam himself is not a good guy. But there are others in the film with even more villainous intentions. Take Sabbac, for example. He’s the personification of, not one, but six devils.

The point is, there’s no guarantee you’ll match a lovely superhero. Your personality may be as evil as Sabbac. The test will tell.

Ready for a Journey to Kahndaq and Back?

It’s time to meet your Black Adam character. The quiz has 20 DCEU-inspired questions waiting for you. And all you must do is hit the start button.

Let’s find out if you’re a modern-day superhero like Cyclone or Atom Smasher, or a more mythical creature like Black Adam and Hawkman.