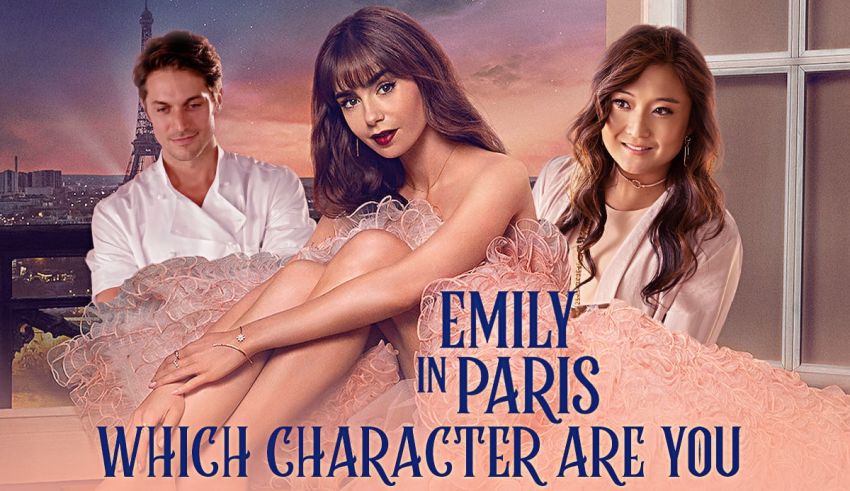 This fun Netflix quiz will match you to one of the Emily in Paris characters. All of the season 3 characters are included; Find your character with 20 questions.

Yes! You guessed it right! Once again, we come to one of the popular Netflix series to clarify something for you. First, you need to know which of the characters you are, and then Netflix is even more contagious.

But this time, we will talk about Emily in Paris, one of the most popular series in recent times. Of course, it is familiar and has been airing since September 2018. In July 2020, Netflix brought this series to its platform, and since then, more attention has been directed toward it.

Before we tell you which of the Emily In Paris characters you are, we are going to talk a little more about it.

The main story and how it was stared

The story of this series is about the character of Emily Cooper, who has a not-so-exciting life, and like all young Chicago girls, she is involved in everyday life. But he suddenly finds a new job position in France and soon decides to travel to Paris and take this position more seriously.

You have probably realized by now what the challenge of the main character of this series is. She works in a marketing agency where she tries to inject American culture into the work environment and, of course, for the marketing programs of this agency. Emily must try to cope with this new life and be able to find new friends and at the same time be able to succeed in her job.

Although the series received excellent ratings in the United States, some French critics did not enjoy watching the series. Of course, they were satisfied with the overall production of the series. Still, they believed that some dialogues and story elements of this series were against the people of Paris and the country of France and caused people to have wrong perceptions of this country.

Now, we will go to the main point and talk about this series’s characters.

Which Emily In Paris character are you? If you like to take a similar quiz, you can check out the Wednesday character quiz. Are you ready? Let’s go