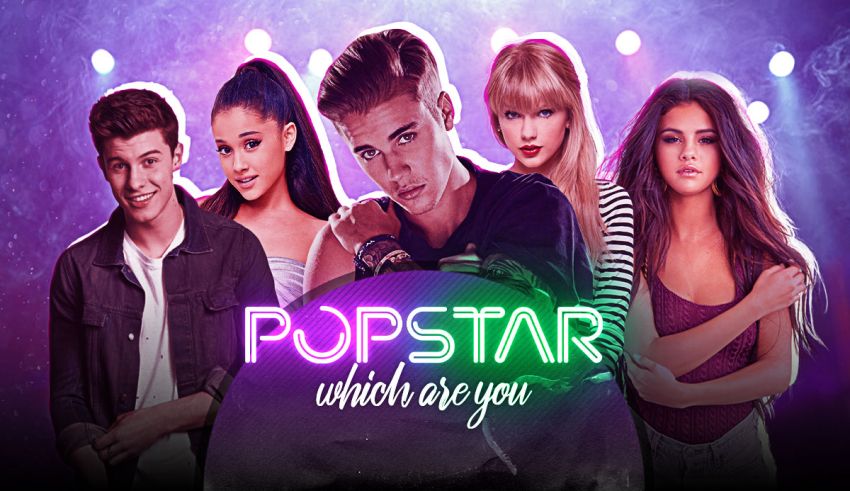 If you want to find out which pop star you are, this personality quiz reveals your perfect famous singer match. Just answer 20 simple questions to get it.

This quiz will show you what singer you’re thinking of by asking you 20 personality and taste questions. When kids get a karaoke device or app, they try to mimic the artists and dream of becoming the next pop star. However, as we grow up, we give up on most of our dreams and concede to the not-so amusing reality. However, we want to take yet another ride into our childhood dreams and find out which pop star you are.

Perhaps you’re wondering, “what emo song are you most related to?” or what pop star you match the most. But first, let’s find out what the results you get might be.

What singer am I thinking of

The realm of pop music extends beyond borders and time; nevertheless, to narrow down the results we dove into the most popular artists of today to determine what singer you’re thinking of. Thus, the questions you answer in the following test will reveal which of the four pop singers you might be.

Which pop star are you?

In order to find the most popular artists, we surveyed the following sources:

Another aspect of the pop star quiz results is their dominance in music apps such as Spotify, Apple Music, and Soundcloud.

In the end, the list boils down to Billie Eilish, Dua Lipa, Ed Sheeran, and Ariana Grande.

The American pop star is cherished among all generations with various tastes in music. Billie’s top hits include songs such as Therefore I Am, Lovely, and Bad Guy; however, her first hit was introduced in 2015, Ocean Eyes.  Billie Eilish gained so much respect and attention that James Bond producers chose her to perform the soundtrack for the latest Bond movie, No Time to Die. The 20-year-old celebrity was born in California in an artistic family, both her parents were actors.

Here are some fun facts about her and what it means if the singer you’re thinking of is Billie:

The English singer Dua Lipa has received critical acclaim for many songs, such as don’t start now, new rules, levitating, and one kiss. She comes from an originally Kosovo Albanian family, hence her name Dua which means love in Albanian. Her first hit, New Love, was a single track released in 2015. Dua Lipa is also a well-known feminist activist who has spoken for gender equality and supported women and the LGBT community.

The following facts link you and the pop star that matches your personality:

The 31-year-old British pop star, Ed Sheeran is known for hits like Shape of You, Castle on the Hill, Thinking out loud, and his first song to become popular, the A team. Ed was born in Halifax, in a family well-acquainted with arts and history. The song Castle on the Hill was retribution to his childhood hometown near Framlingham Castle. His favorite sport is soccer and he supports his local football club, Ipswich Town.

The following characteristics are shared between you and Ed Sheeran:

Zayn was born in Bradford, England in 1993. He became famous on the X Factor show in 2010 when he auditioned for the show. His most famous hits include Pillowtalk, I Don’t Wanna Live Forever, Dusk till Dawn, and many other songs.

QuizExpo does not own any of the images used in the Which pop star are you Quiz. All the photos were used from Pixabay, Unsplash, Envato, and Twenty20 websites, and we intend no copyright infringement.