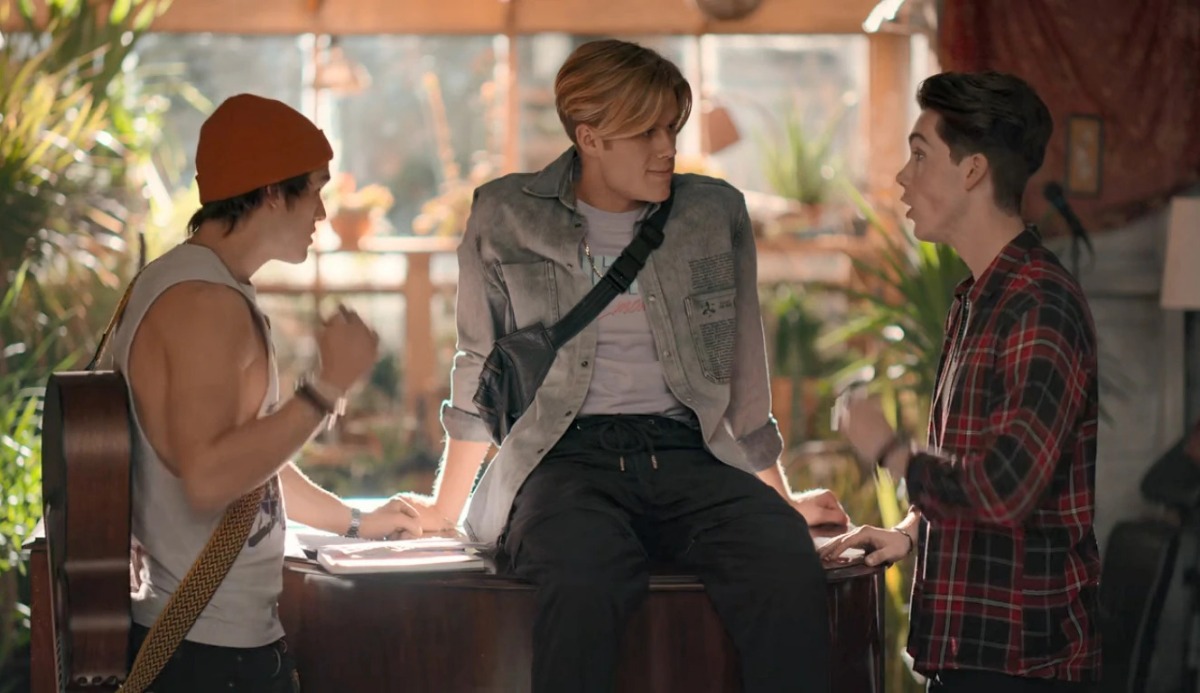 Question: Okay, let’s start simple. How’d you react if you saw a ghost?

Quiz: Quiz: Which Julie and The Phantoms Character Are You?

The Julie and the Phantoms quiz reveals which character you are based on your personality, appearance, and music taste. Are you Julie, Luke, Alex, Reggie, or else?

A Musical-Themed Julie and the Phantoms Quiz

The following are twenty questions inspired by Netflix’s musical Julie and the Phantoms to identify your counterpart character.

Kenny Ortega, the show’s director, is the same guy who created High School Musical 1, 2, and 3. So, you should expect to meet familiar personalities.

However, the plot is a lovely blend of the 90s’ nostalgic music and 2020’s favorite songs. And the characters are much more relatable this time around.

Which character is similar to you?

The test’s premise is to answer your big question: “Which Julie and the Phantoms character am I?” It analyzes your behavior, style, and maybe even Spotify playlist to determine your perfect match.

What kind of musician lives in you?

Julie and the boys have colorful personalities. By taking the quiz, you can find out which one you represent in real life and what kind of musician you would be if you lived in their fictional world.

Based on your responses, we can also tell what instrument you should play.

Is your soul dead yet?

The Phantoms are three members of a 90s boyband who are somehow summoned to the world. And Julie is the girl who joins their ghost band to play music again.

But the question is, which one are you? Did you leave your soul behind in the 90s, or are you a lively modern music enthusiast? Take the test to find out the answer.

How to Know Which Julie and the Phantoms Character You Are

Finding your perfect match out of all the interesting characters on the show is a bit of a challenge. But it’s definitely possible. One way to do so is by reading the personality description of each character and comparing them to yours.

Here are brief explanations to help with that.

Despite being a bit shy, Julie is a willful and reliable girl. She values her family and friends above everything else and is incredibly loyal. Her passion for music is unmatched, and she’s determined to become a great musician despite all the challenges.

Most fans would pick her as their soulmate when asked, “Which Julie and the Phantoms character are you?” It’s because she’s intelligent, lovely, and caring.

Luke might not be a good student, but he’s an excellent musician. His upbeat and easygoing personality turns him into one of the show’s beloved characters. And his boyband friends always rely on his energy to recharge when things go wrong.

At times, Luke might seem to be carefree or ignorant towards others. But that’s not true. He’s actually a giving friend who’s there for you.

As a true overthinker, Alex is usually anxious. His modest nature turns him into the humblest boy in the band. But he’s also struggling with imposter syndrome, ignoring his talent.

Many fans have thirsted over Alex, thanks to his good looks. But few would imagine matching him in the Julie and the Phantoms quiz.

A total flirt, Reggie is a ladies’ man who seems to be overly airheaded and careless. But he’s also a loyal friend who’d do anything to ensure his boys are doing fine.

Young fans are likely to pick Reggie when asked, “Which Julie and the Phantoms boy are you?” That’s because he’s cute, confident, and cool.

Although the show’s plot revolves around Julie and her ghost friends, other notable characters are involved. For example, Nick, a total sweetheart, is one of the fan-favorite students. On the other hand, Flynn plays a significant role in Julie’s life as her best friend.

So, take the quiz for a more accurate result and increase your chance of finding your perfect match out of all the minor and major characters.

The Julie and the Phantoms quiz covers all the main characters, including the antagonists like Carrie Wilson. So, you might end up matching a not-so-lovely Los Feliz High student after all. It all depends on your responses and the type of person you are.

Meet Your Julie and the Phantoms Self in no time

Okay, the question is still unanswered, “Which Julie and the Phantoms character are you?” Take this fun and unique questionnaire to discover your counterpart in a few minutes.

QuizExpo does not own any of the Julie and the Phantoms quiz images. Netflix owns all the said pictures, and no copyright infringement is intended.